The Different Saws for Cutting Metal

The Different Saws for Cutting Metal

There are various options available when selecting a metal cutting saw for your project. Not only will the right saw make you more efficient and productive, but will also save you a great deal of money that would otherwise be spent on repairs.

Some of the saws used in metal cutting are manually operated, while others use electricity (power saws). Whether you use a manual or power saw, the performance of the saw will entirely determine the performance and quality of your sawing operation.

The metal's chemical make-up, the desired type and shape of the cut, and the metal's thickness will determine which saw to use in your project. Therefore, it is essential that you carefully study the characteristics and capabilities of the different types of saws:

Without a doubt, hack saws are the most popular manually operated hand saw used for cutting metals. One of its distinguished attributes is the firm C-shaped frame attached to the grip handle. It also has a thin blade that runs across the open area of the frame, with pins at the front and back supporting it to the frame.

The metal type being cut and the desired finish will help you determine the appropriate blade size and spacing for the job. The blades with little space between the teeth produce a smoother cut and are ideal for lighter metals such as copper and aluminum. Meanwhile the other blades with many spaces between the teeth produce rough cut and are used for cutting thicker and harder metals such as iron and steel.

The hack saw is not difficult to operate but could create uneven surfaces when used for rushing large applications. It is therefore not recommended for amateurs and projects that require cutting larger metal. 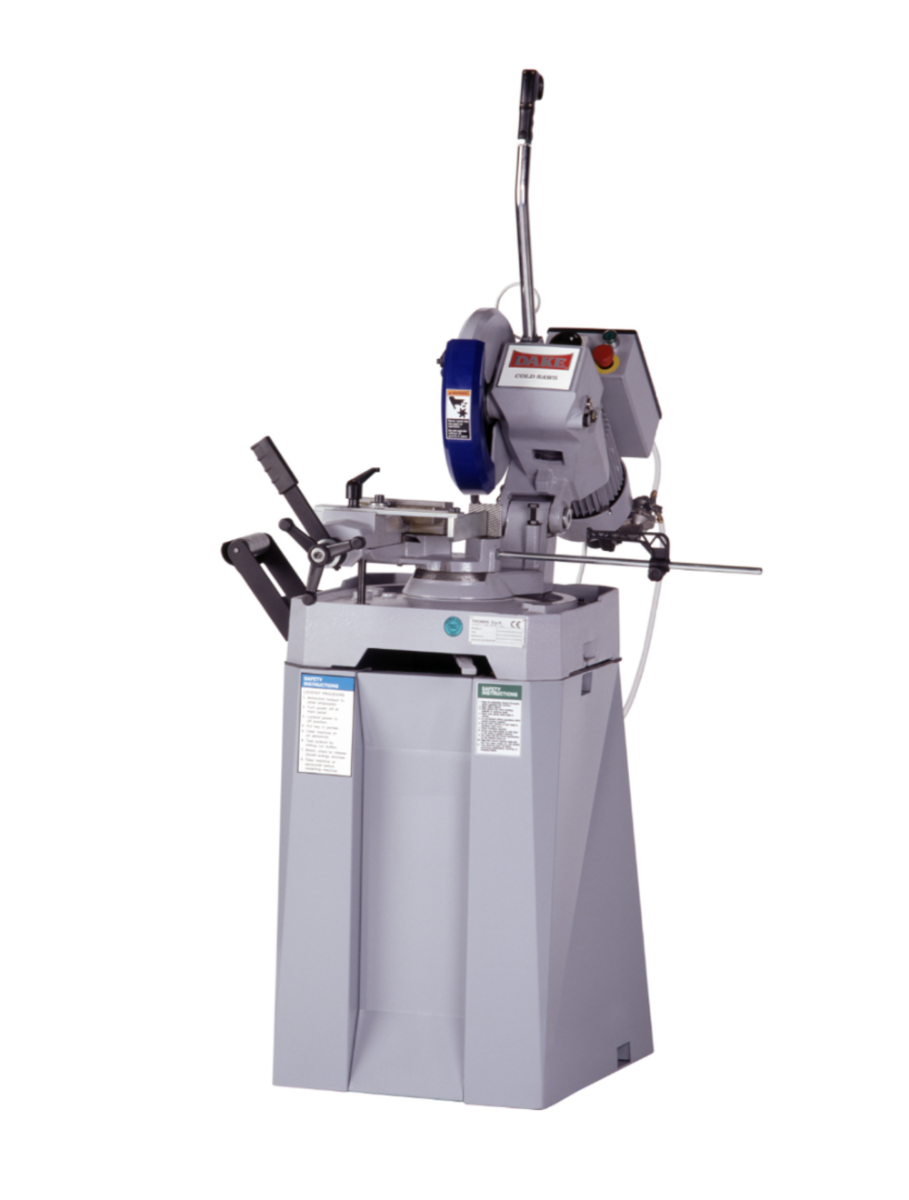 A Handheld circular saw is a standard circular saw with an electric motor that can be powered by either electricity or a rechargeable battery. The saw can make a straight cut through any metal. Some models also have added capabilities of making angled cuts.

The type of blade used in the handheld circular saw is critical when determining how the metal will be cut. The handheld metal cutting circular saw has an abrasive metal cut-off discs blade made up of a mineral grit like carbide. It can withstand high pressure, making it extremely durable. The saw also has a blade made up of durable metals such as steel, vanadium, or aluminum oxide. The teeth of these blades are covered with materials like carbide, which makes it able to reduce the heat generated during cutting, making this saw more efficient.

What is a cold saw and how is it different from a circular saw?

"Cold saws" are the same as circular saws, except the blade of the saw is toothed in order to transfer heat. During the typical abrasive metal sawing process, the blade will heat up both the material being cut and the blade itself. The result of this requires increased effort to cut the material, and could lead to even more difficulties such as binding. The cold saw design has teeth on the blade to transfer the heat generated during cutting away from the cutting zone. The machine is also built with a gear reduction unit that reduces the saw blade's rotational speed while maintaining a consistent torque, so the saw can work at a constant rate and still cut at greater depths. 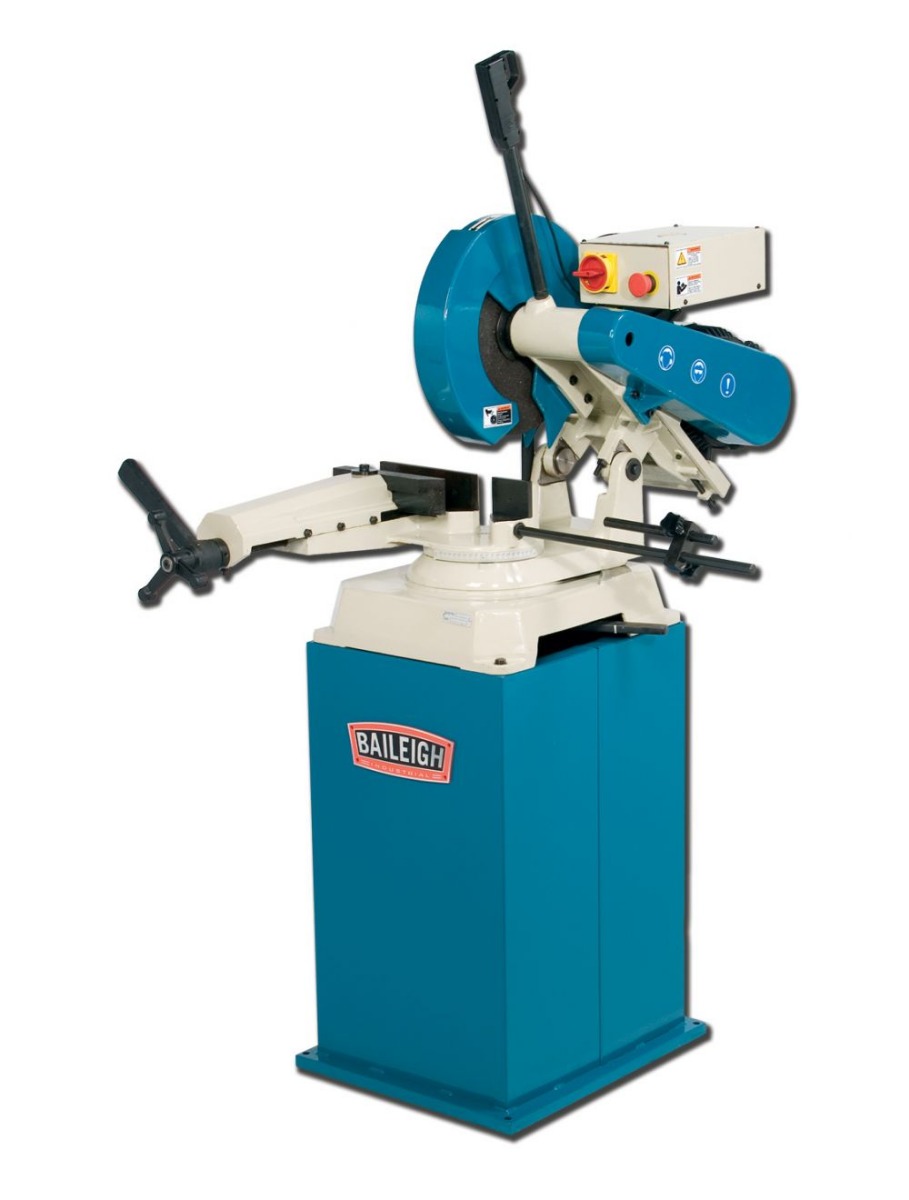 Is this the same as a metal chop saw?

To summarize, yes and no. It is basically the same in how the machine cuts, but the blade itself may be different. For one, on cold saws the blade is usually toothed. However, on chop saws (especially pictured in the abrasive chop saw above), the blade can be made of an abrasion material that basically grinds the metal to remove it and make the cut. This saw is heat resistant meaning that chips fly off the cut metal and even spark. To operate the metal chop saw, you place the metal under the blade, on the firm and stationary base, after you start the machine, and the blade lowers through the material.

The Metal Chop Saw can be confused with a Miter Saw used in woodworking due to their similar appearance and mode of operation. However, it is not recommended to use a metal chop saw blade in a woodwork miter saw. 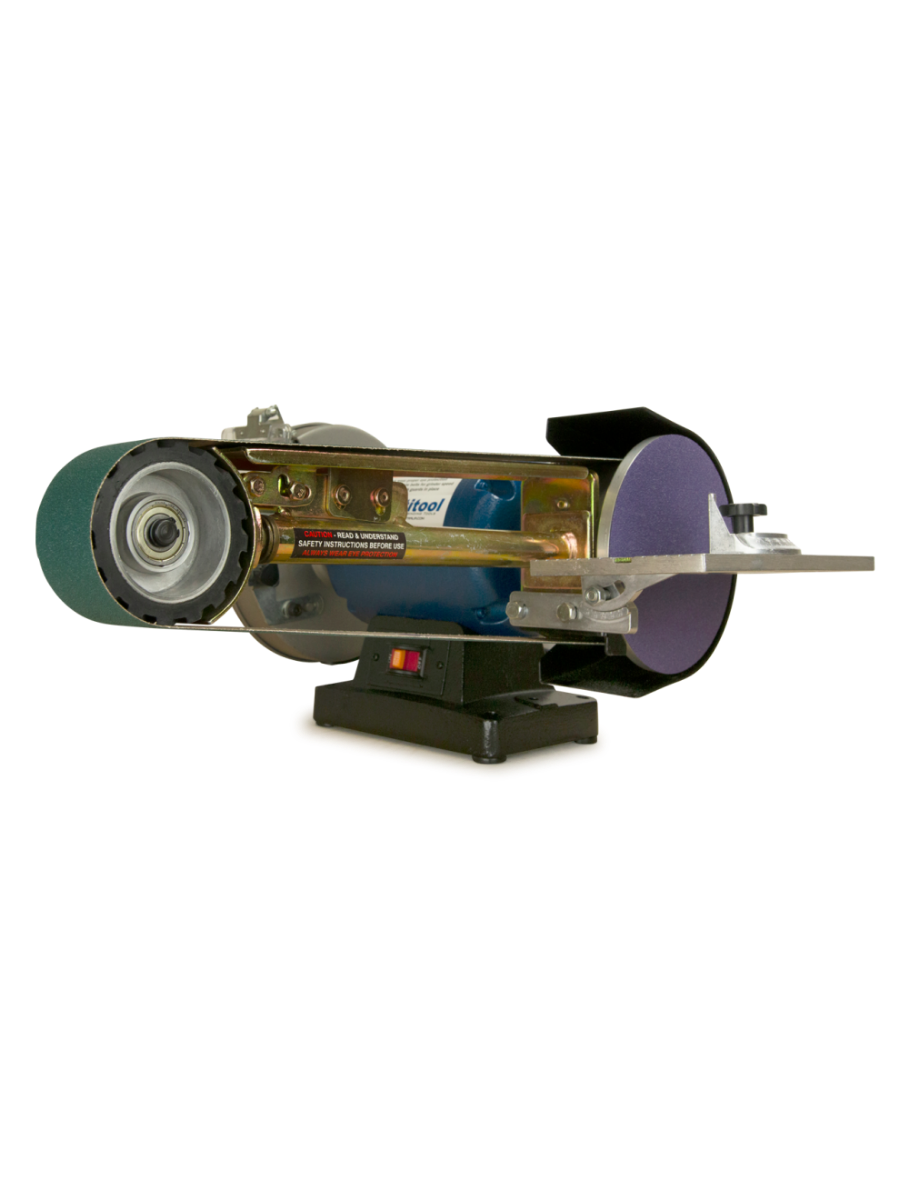 Due to the arrangement of the grinder's blade, the metal can be pressed into the blade while the grinder sweeps back and forth. Like the other saws, it can cut through metals faster since it has an abrasive and spinning disc. 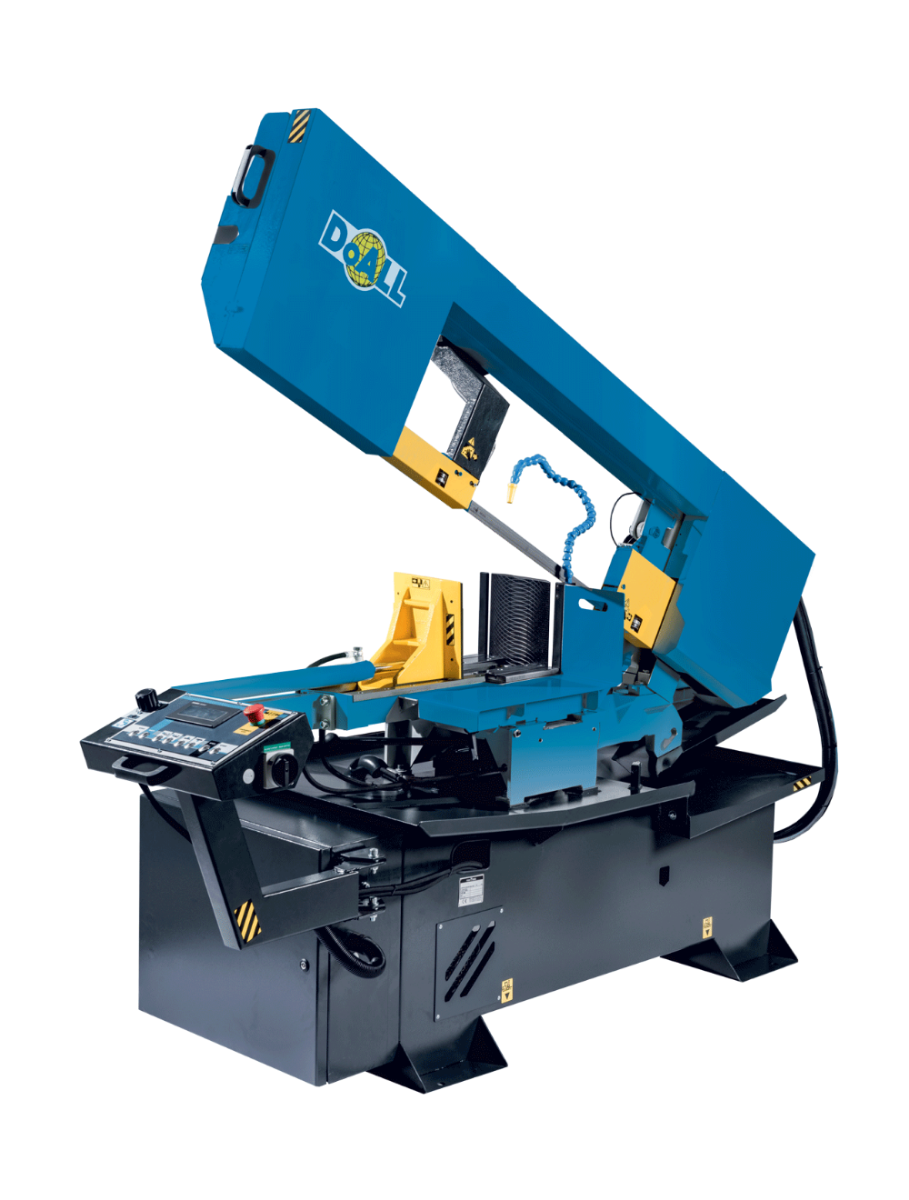 Bandsaws are the classic metal cutting devices. These machines are used in high production and large-load industrial settings. There are a wide variety and range of bandsaws, and the blade can either run vertically or horizontally. If it is used horizontally (like the one pictured above), then the workpiece is stationed below the blade, and the blade moves down to cut the material. However, if it is vertical, the opposite is true - the blade remains stationary, while the workpiece gets moved around the blade. To learn more about bandsaws, view Horizontal Vs. Vertical Bandsaws.